Neil Hennessy said we’re still in a bull market and the Dow Jones Industrial Average will soon hit 30,000. He was speaking at the Hennessy Funds 12th annual market outlook in New York Wednesday. The Dow closed Friday at 27,875.

As one of the market’s perma-bulls, Hennessy never predicts a down year. But with only one down year in the last decade, he’s got the numbers to back it up. In November 2013, when the Dow stood at 15,900, he predicted that the average would hit 20,000 within the next five years.

The chairman and chief investment officer of the Hennessy Funds, which celebrates its 30th birthday this year, said people come up to him all the time and ask, “Is the bull market long in the tooth? Is it over?”

While he believes the market will hit 30,000 over the next few years, he warned that there would be market corrections along the way.

He said all the headlines about Brexit, China, Hong Kong, and Washington are just noise.

“People pay too much attention to the noise,” said Hennessy. “But, it has nothing to do with the fundamentals of the companies in the stock market.

He said there is still a ton of cash sitting on the sidelines. Bond mutual funds and ETFs have $5.3 trillion under management.

“And they are earning virtually nothing,” said Hennessy.

Hennessy broke down the case for being a bull. In addition to all the cash, the economy continues to see steady, but not robust, growth with moderate inflation. Corporate profits continue to increase; cash flows are at all-time highs. Interest rates are low. Unemployment is at 50-year lows; wages are rising. The banking system is strong and consumer confidence is still very strong, though waning.

“I’m an economic realist,” said Hennessy. “When I look at the amount of cash sitting on the balance sheets, there is plenty of cash for buybacks and raising dividends.

Finally, the most important factor, he said, was that Market Euphoria typically precedes a bear market.

“Japanese equities are currently trading at compelling valuation levels compared to other developed equity markets around the world,” said Hennessy.

The Hennessy Japan Small-Cap Fund (HJSIX) is one of the firm’s best performers. For the first nine months of this year, the fund was up 9.4%, compared with its benchmark, the Russell/Nomura Small-Cap Index, up 8.4% through Sept. 30. The 10-year annualized return was 11.7% compared with the benchmark’s 7.75%. The fund charges an expense ratio of 1.47%.

What a Sales Headhunter Can Do for Your Business

5 Ways a Marketing Coach Can Help Your Business

Major Tips on Growing a Social Media Platform Easily in 2021

Top Tips to Improve Your Business and Become a Better Entrepreneur... 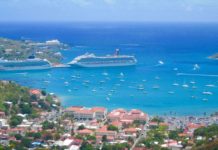 Hair Dye And Yeast Are Among Products Flying Off The Shelves

A Tour Guide System in the Workplace — What Are the...